Carol Hawkey Takes Over As Head of Rural 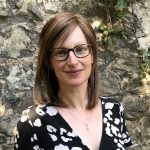 The Duchy of Lancaster is delighted to announce that Carol Hawkey has been appointed as Head of Rural from 1st November 2020.

Carol, who joined the Duchy in a new role as Head of Rural Investment in June, was previously Head of Rural Asset Management at The Church Commissioners for England where she was responsible for a £900m portfolio of diversified rural property and assets, including substantial minerals interests, renewable energy, and strategic land partnerships in the UK as well as overseas

Carol takes over from Christopher Sparrow who served as the Duchy’s Head of Rural for the last six years, bringing the estate management function back in house and overseeing a thorough and ongoing restoration programme across the rural portfolio.

Commenting on her new role, Carol said: “I have spent the last five months visiting our rural estates and meeting many of  our agricultural, residential and commercial tenants. The Duchy has made good progress in recent years in re-establishing a sense of partnership with its tenants and ensuring the team is fully engaged with the local communities in those areas. I look forward to building on this success in the years ahead and expanding further commercial objectives as well as developing our important work on biodiversity and sustainability.”

Duchy CEO Nathan Thompson added: “We are delighted that Carol has agreed to take on the role of Head of Rural for the Duchy of Lancaster. Her skills and experience will strengthen our in-house teams and help us in our drive towards continuous improvement. I wish her every success in her new role and look forward to working with her as she takes the rural business forward.”

Born and brought up on a farm in Scotland, Carol became a Member of the Royal Institution of Chartered Surveyors (MRICS), RICS Registered Valuer and Fellow of the Central Association of Agricultural Valuers (FAAV) in 2002. Prior to her seven years at the Church Commissioners, Carol was a partner of Bidwells, and has previously chaired the Institutional Landowners Group of the CLA.